A Guide To Wedding Anniversary Flowers By Years

Flowers have been equated with love and romance for years now. It is not wrong to say that the flowers are a classic yet an amazing gift for the majority of anniversaries. Impress your partner by giving them a lovely anniversary floral arrangement with flowers for anniversary by year containing your love and deep significance. Fullbloom has a wide selection of stunning anniversary flowers for you. Now whether it's your 1st or 30th, get the best flower for anniversary. 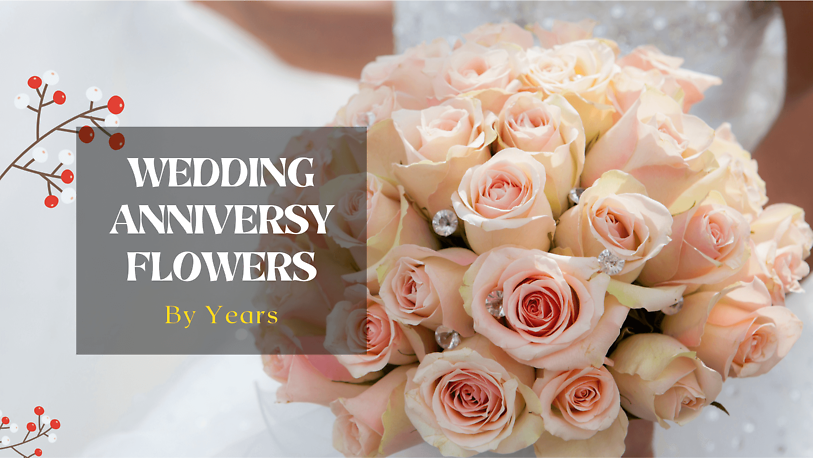 Carnations are typically used in first-anniversary bouquets. They are the ideal flower to remember your first year of marriage since they stand for love, protection, and strength. If red isn't your loved one's preferred color, choose a carnation that fits their personality instead as they are easily available in a variety of hues.

The honeymoon stage of your marriage probably ends by the second year. At this point you and your partner have established a routine that is effective. Cosmos, a flower that stands for harmony and joy.Cosmos have blooms that are generally flat or bowl-shaped and exist in the colors pink, orange, red, yellow, white, and maroon.

Choose a bunch of sunflowers for bouquets for third wedding anniversaries. Their vibrant color can illuminate any space. This beautiful bunch of flowers stands for faithfulness and longevity. If the conventional flower for any future anniversary doesn't fit your loved one's personality, sunflowers are a terrific choice. Now easily available in Frisco TX Flower Shop.

For your fourth anniversary we have a very subtle yet gorgeous option . This flower is uncommon to be seen in bouquets, but when included, they give the arrangement instantly a soft, delicate touch. Geraniums, that are a symbol for joy and good feelings, which is the ideal sentiment for any marriage anniversary gift.

The classic bouquet on the fifth anniversary is a bunch of daisies. As they stand for sincere devotion and loyalty, the essential pillars of any  marriage. Daisies are two blooms in one, with a layer of outer petals and a separate set of petals in the center. This is an interesting fact about daisies. Like you and your loved one, they are two blossoms that have fused together. All this makes it a great wedding anniversary flower.

In ten years of marriage, a lot can change, including getting new cars, new houses, and having children. The traditional wedding bouquet for a decade wedding is made out of daffodils, which stand for joy and happiness. They will brighten any room and remain beautiful for weeks whether they are placed in a bouquet with other flowers or stand alone. After ten years of marriage, there are still more years ahead.

Now that you have been married for 20 years, you must have learned a thing or two about  each other and a lot about true love. To celebrate these 20 years of living life together, an aster bouquet is the one for you. Asters represent the wisdom and love that your favorite spouse has grown to possess through the years. They come in a variety of hues, including mauve, pink, light purple, and red. Get easy anniversary flower delivery in Frisco TX.

Your favorite loveable  couple may be retiring, becoming empty-nesters, relocating, or experiencing other major life changes by the time of their 30th wedding anniversary. Lilies are the preferred flower for a 30th anniversary bouquet as they are ideal at this phase of their journey together because they represent memories and life transitions.

Use this anniversary flower by year guide to make your upcoming anniversary even more special and meaningful.